Live Activities, get the chance with Mondriaan 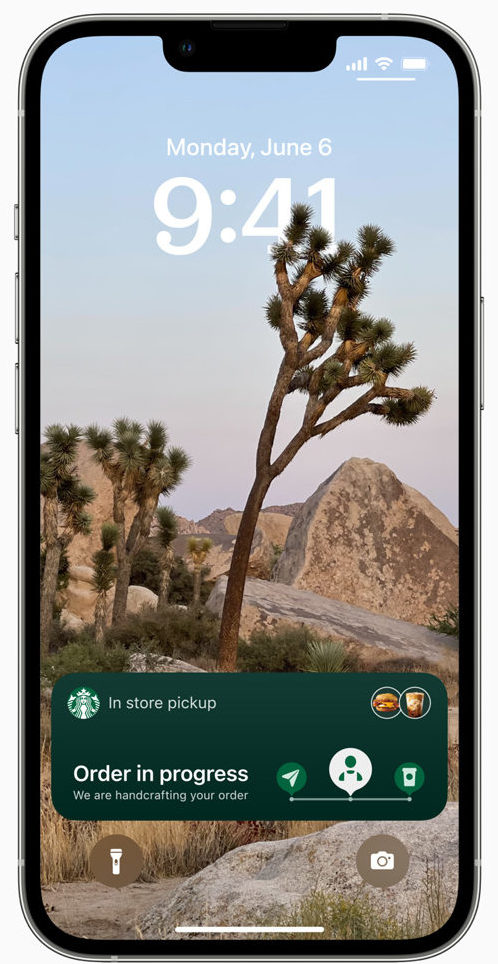 In a few hours Apple launches ’Live Activities’ and ’Dynamic Island’. Some may say there is nothing new about these technologies, Apple is just being late in the widget world, however the way they serve and interconnect these little things make it magical. We just took a look at the new opportunities to make your app excel from Monday 24th of October 2022.

So you get a view on the lock screen, is it a big deal? Let’s put this in context a little bit. 2.2 billion iPhones have been sold as of 2022. 1.23 billion iPhone users are active right now in the world. Just last year they sold 240 million iPhones. Nearly 40% of the users using iOS 16, 1 month after the release. Phones with always on display and users almost continuously watching. The most downloaded applications on the App Store are apps that can be stared at all day long like Tik-tok, Youtube, Instagram, Snapchat, Facebook… meaning you should show your information because there are eyes wanting it!

With Live Activities you can implement your own view on the lock screen. Is this a game changing feature? No, but it’s way better user experience! Let’s see some examples: Use this for things that happening in real time. Like a flash deal in your app, that’s only available from a certain period of time. Your user can see a counter while waiting for the deal to start and when it’s live you can send a push message and with deep links you can direct the user to the exact screen they were waiting for. Or when there is an election held and you would like to keep an eye on real time results. Order received, placed, then shipped, package on delivery, a film downloaded, a file copied, a render finished… Like ordering food. When you are hungry, every minute counts. So, what are you doing? Going into the app and watching it count. That consumes a lot of energy, and you are blocked by any other app.

However, if you use Live Activities and Dynamic Island, it can show up on your home screen or lock screen and you can see the counter there, with Always-On display you can stare at it. Even better if you get a push when it’s already there, then you can make a call or show info for your user. Or see how you’re doing on your workout. You can have live feedback on your steps, ride, revs. Follow a rocket launch and it’s stages in this friendly new bubble. Your app can start more than one Live Activity. For example, a sports app may allow the user to start a Live Activity for each live sports game they’re interested in, so you can follow multiple games on one screen. When you’re following the score of a basketball game you usually get a lot of push messages from all the scores. Well, now there’s a better way to follow the game. This will make it way easier to follow that NBA game, or track the progress of an Uber ride. One of the most popular activities for many of us is listening to music. Now with Live Activities the Now Playing controls can expand to a full screen view that celebrates album art while you listen along.

MONDRIAAN to the rescue

Why do I need a push messaging system for this? Well, for live action information you cannot download the data in advance. You would need to call back every second, or minute to the server. That’s not so efficient. It’s a waste of resources. On the other hand if you call back only hourly or daily than you could miss the action. Instead, mobiles can be reached over from server side by push messages. The server pushes the information to the mobiles. That’s efficient and fast. MONDRIAAN just provides this platform with Pushwize. The system takes care of message orchestration even on several million devices.

Timing is utmost important for great user experience but not the only thing. You can’t send a message every second because the audience going to get overwhelmed. Send not just text but rich text with longer sentences, emojis ⚽️🏆, images, sound or even a gif, which is more eye catching and the temptation for interaction would be higher. But now, with Live Activities you need a different kind of property to send to your users and to keep timing you need one more thing and that’s performance. If you have like a 100 users then it’s not a problem to send them a message, because computers so fast these days but if you have millions of users then that could take up some time if it’s not polished to the max. Pushwize has been developed over a period of ten years to be capable of delivering lightning fast, hundreds of thousands of messages in just one second in an optimised high performance push notification system. There is even more, with images, sounds, locations, versions and so on.

What are the limits? The access to Live Activities can be turned on or off under Face ID settings, so if it is a confidential message or app then only you can see it. Users can choose to deactivate Live Activities for an app in the Settings app. For now, Live Activity can handle only one deep link to your app (but it can change in the future as we can see in the Timer or Voice Memo applications already have buttons). Dynamic Island expanded view can handle more deep link options. Live Activity can be active for up to twelve hours and Dynamic Island for eight hours. Live Activity can’t access the network or receive location updates but your app in the background can. So, if you have MONDRIAAN’s Pushwize Push Messaging System then if you enter or exit a region or location then we can send a Push to your Live Activity.